Redid the last Week 9 run and made it through two intervals and just shy of the third. 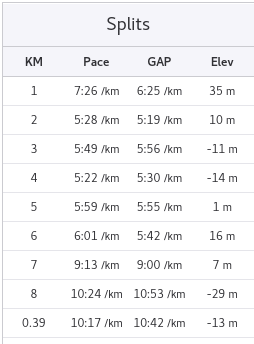 Whilst finding vulnerabilities is a bad thing, having them found by white hat hackers is a good thing. Hackathons like this one prove that it can be constructive to get a group of them in to find and help fix vulnerabilities in your system before they are found in public and exploited to death before you have a chance to fix them.

The US Air Force’s second security hackathon has paid dividends… both for the military and the people finding holes in its defenses. HackerOne has revealed the results of the Hack the Air Force 2.0 challenge from the end of 2017, and it led to volunteers discovering 106 vulnerabilities across roughly 300 of the USAF’s public websites. Those discoveries proved costly, however. The Air Force paid out a total of $103,883, including $12,500 for one bug — the most money any federal bounty program has paid to date.

Finally finished Week 9. Interval three was a difficult one and my pace went from 5:30min/km to 7:33min/km >_<

Contemplating whether to move onto Week 10 or redo week 9 until I can meet the pace.