AND I HATED IT.

It won’t boot ISOs unless you hdiutil it, which is an Apple propriety tool, or the ISO has been EFI enabled already, and since it’s not open source, I can’t even do that beforehand.

The Macbook won’t work with a known good HDMI cable (which I use with a Desktop PC), unless it’s Apple branded – which Apple being Apple, isn’t the least bit surprising…

I’ve tripped over their power supply more than once, and putting it at the plug end make it bulky and ugly.

My first course of action with regards to the setup? Trash MacOS and install Ubuntu. Of course, Apple make things endlessly difficult — I had to hdiutil the Ubuntu ISO to make it bootable, then install Ubuntu. After which, the Macbook wouldn’t boot.

Thanks to the install guide at Linux Mint:

I found out I had to fiddle with the efibootmgr tool to change the boot order, and it works fine now. But then I had to figure out how to right-click on a no-button mouse touchpad. The hack is found on the Debian site (look at the mouseeemu post at the bottom). So now I have a clickable touchpad, with right-click being “ctrl+click”

Out of things to try for dinner? How about trying what they used to eat in the 50s?

Further to my previous post, here’s a run down of what happened.

I’m currently running Cyanogenmod or a variant of it, which has lots of nightly builds – normally I choose not to flash but on Sunday, I decided to try. Probably a mistake.

Cyanogen updated from Android 5 Lollipop to Android 6 Marshmallow, which meant after I flashed, I was getting huge numbers of “sorry but xxxx crashed”. I suspected the Gapps was out of date or incompatible with the android version I had, and I was right – a different version was needed. So I flashed that also but that didn’t work, so I rolled back to my last good backup, which was from November 2015, that restored fine, and I’m back to where I was, minus a lot of app changes and updates needed (I uninstalled/reinstalled a lot of apps since that backup), fixed that, reupdated my apps, and redid both my app and my Nandroid backups so I’m good to try again sometime.

I lost a good hour to two hours over this, so let this be a reminder to make sure you have good backups before flashing. I was lucky I only lost 2.5 months of changes, and that was easily fixed, but losing ALL your data because you don’t have a backup is never fun (I’ve been there)

As someone who’s tried Google Cardboard, I am pretty keen to see this happening.

FOR ALL THERE is to love about Google Cardboard, it’s still a bare-bones experience. It’s barely even VR, really. But the cheap, smartphone-based viewer offers the VR-curious an easy window into 360-degree video. Pricier headsets like the Oculus Rift and Sony PlayStation VR, designed for gaming, deliver more than a cool stereoscopic viewing experience. In addition to the immersive visual eye-candy—users can explore virtual spaces, peek around corners, and, using hand-held controllers, interact with digital objects—these sophisticated VR rigs offer truly lifelike audio.

When a monster sneaks up on your left in a VR game, you’ll hear its slobbering tongue lashing at your left ear. When a shot comes at you from above you and slightly to the right, you know exactly where to return fire. When The Edge tears through the opening riff of “Mysterious Ways,” it reverberates around the stadium.

The high-priced headsets from Oculus, Sony, and HTC pack the processing punch to deliver “spatially oriented” audio experiences that consider direction, distance, and environmental factors when creating the soundtrack. Cardboard, powered by your smartphone, can’t do that yet. But earlier this week, the Cardboard team made it a little easier to give the audio in these apps a bit more realism. Asthis blog post from Google Cardboard product manager Nathan Martz outlines, the Cardboard software development kit for Android and the Unity game engine now support spatial audio. This platform update paves the way for Google Cardboard to become something more than a gateway drug to true VR.

Source: Why Spatial Audio Is Such a Big Deal for Google Cardboard | WIRED

Tried to flash my phone over the weekend — failed miserably and I had to restore from my backup in November. Which meant a lost a lot of settings and apps :(

I really need to keep my backups up to date :/

Had been snowing last night, so a slow careful run today.

Haven’t done much posting and not much running recently, weather being cold so when I finally do run, it’s usually a relatively short distance. Will need to re-work on that :/

I’ve spent a long time using Nike+, their Fuel Band and then their GPS Sportswatch, but now, it’s time to end that relationship.

I’ve recently had immense trouble connecting to their servers via their app and uninstalling, reinstalling even clearing the cache doesn’t help. Tethering my phone and accessing the site itself from my laptop gave me the same error, even on Incognito/Private mode.

Nike and Three (my MNO) bounced me back and worth between each other — both blaming the other. Nike saying it was an MNO problem, and Three saying it was Nike’s servers, and that they were able to replicate my issue on multiple devices on different networks. Neither accepting responsibility.

Since Nike+ is the only fitness activity tracking site having this problem (Fitbit, for example, does not have any issues), I am now ditching using Nike+.

In other news, I got this badge from Fitbit — the Africa Badge, for walking 8,046 km – the length of Africa. 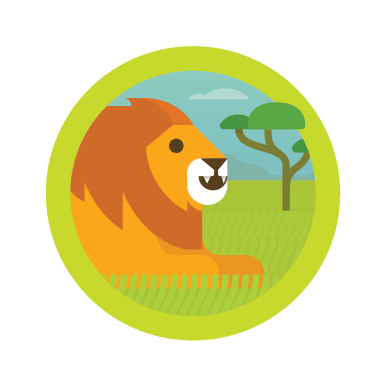