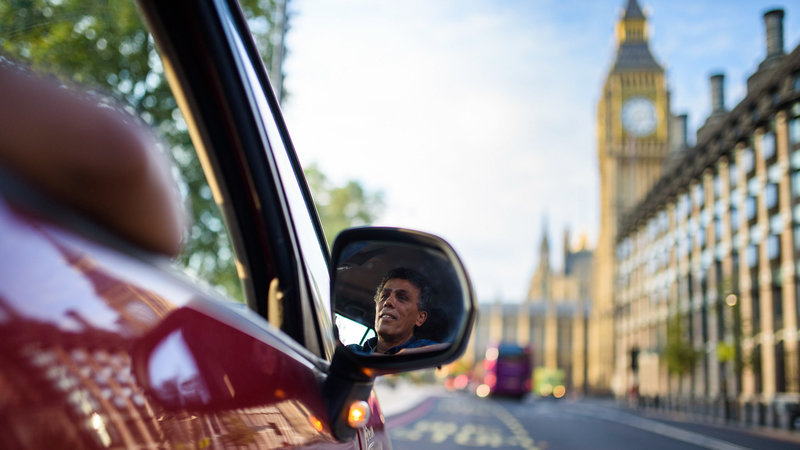 Save Your Uber in London #saveyouruber

Source: Petition · Save Your Uber in London #saveyouruber · Change.org

Rarely I post stuff from Facebook due to my bad history with them, but this (via Mashable) is pretty damn good

Another female captain to add to the diverse list of captains of Star Trek vessels. And I’m actually happy it’s finally someone from the East. Even more so, someone with a history of action films. Patrick Stewart had a history of films behind him too, but not all were action, and is mostly famous for his  Shakespeare work.

In the capitalistic nightmare we live in, everything has to be a transaction. So, when Pact launched its fitness app that let you make money for working out—or else pay a fee for failing to do so—it seemed to be the perfect motivational tool. There was just one problem: The company apparently wasn’t that great at paying up, and was it too good at collecting fees.

Hah, I remember this app. I actually did try it for a while but failed to see its appeal, or how it could make me continue to exercise. People would only be interested in this if they were really seriously wanting to meet a goal. People demotivated enough, would just cancel the pact/goal and continue on.

The malware backdoor in this story is quite intriguing. They are targeting specific companies (Samsung, Akamai, Cisco, Microsoft amongst them) and only attempting the second level attack if they are detecting they are being installed there.

The advice mentioned in the article is that anyone who installed the software on their system should REFORMAT THEIR DRIVE. Quite an extreme recommendation. My suggestion – stop using Windows.

Source: CCleaner malware outbreak is much worse than it first appeared | Ars Technica

So Google has officially hooked up with HTC. How do I feel about this? Rather ambivalent, actually. On one side Google is already using their phones (Pixel), but HTC did roll over to Apple a long time ago without standing up to their bullying tactics – something that made me ditch HTC in favour of Samsung (and, tbh, I’m glad I did). However, this link up means Google gets a dedicated team to work on their phones. Whether this means they’ll become a decent competitor to the other devices, remains to be seen.

Torvalds is not a huge fan of the ‘security community’ as he doesn’t see it as black and white. He maintains that bugs are part of the software development process and they cannot be avoided, no matter how hard you try. “constant absolute security does not exist, even if we do a perfect job,” said Torvalds in a conversation with Jim Zemlin, the executive director of the Linux Foundation.

“As a technical person, I’m always very impressed by some of the people who are attacking our code,” Torvalds said. “I get the feeling that these smart people are doing really bad things that I wish they were on our side because they are so smart and they could help us.”

Another vulnerability hits the news. Whilst similar to heartbleed in leaking memory contents, it does not seem to be too risky if you’re running it as a single user, and the memory leak isn’t huge quantities.

Saying that, this vulnerability also may also affect cloud systems. For example, on AWS, (which has httpd), doing a version check:

However, without knowing how Amazon have setup Apache behind the scenes, are we able to say definitely that we are/aren’t affected?

In a world of terrorists, idiots, and anti-democratic assholes, it’s nice to see there are some kind-hearted people out there. Black, no sugar, with an extra shot of compassion please!

Source: This woman’s thank-you note to coffee stand staff will make you feel better about humanity

Looking forward to when LineageOS can upgrade to Oreo. There’s a lot of new features that may make life a lot easier generally. Take a look in the article for details

We take a 20,000 word deep-dive on Android’s “foundational” upgrades.