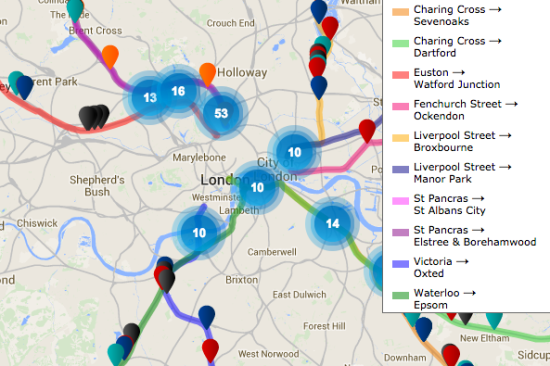 A new study has revealed the shocking state of mobile connectivity on commuter routes into and out of London.
The study by Global Wireless Solutions (GWS) rigorously tested the ten most popular commuter routes, and found that one in three mobile internet tasks and one in seven voice calls on commuter trains fails.

EE, O2 and Vodafone all rely heavily on their older 2G networks and ‘half-rate codecs’ (which increase network capacity at the expense of audio quality) to cover commuters. This means that call quality can be poor and many data packets are dropped.